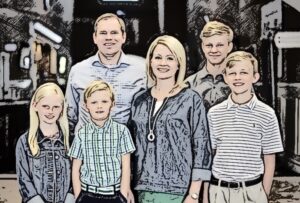 Anxiety has become a much too common occurrence among the younger generation. A report from the APA revealed that Generation Z is less likely to report good mental health in comparison to other generations. Among the young adults in Generation Z, 77% stress about work and 81% stress about money. This should be a warning to parents that our children need to be prepared to handle real-world stress. There will be some cases of anxiety […]

As I was waiting in line one afternoon in a hotel lobby, I observed a toddler having a conniption, as we say in the South. Actually, it was a full-throttle temper-tantrum. The child made it clear that she wanted to ride the motorcycle in the arcade, despite the fact that her father was trying to get on the elevator. When a child throws a temper tantrum in public, it’s awkward for everyone, especially for the […]

Now that we are in the routine of the new school year, it would be helpful to evaluate some important aspects of your child’s school performance. It’s not too late to make some improvements that will make a big difference for the rest of the year. Answering these questions will help you evaluate your child’s performance and develop a plan to succeed this school year. Do you know how to communicate with your child’s teacher? […]

The most popular app today among adolescents is Instagram, but teens also report that it’s the app causing them the most emotional problems. In a survey of over 1,500 teens and young adults, Instagram was cited over other apps such as Twitter, Facebook, YouTube, and Snapchat as having the greatest impact on their anxiety levels.1 There’s a pivotal factor here that determines how much anxiety adolescents experience in social media use. How much are they emotionally invested in social media?

Teenagers may think that social media will cure their feelings of loneliness or quench their desire to be included, but it’s having the opposite effect. Researchers, as well as experienced parents, are finding that social media spurs negative emotions at a greater rate than healthy feelings, especially among teens ranging in ages from 14 to 17. Since teens have strong desires to fit in with their peers and be with them as much as possible, […]