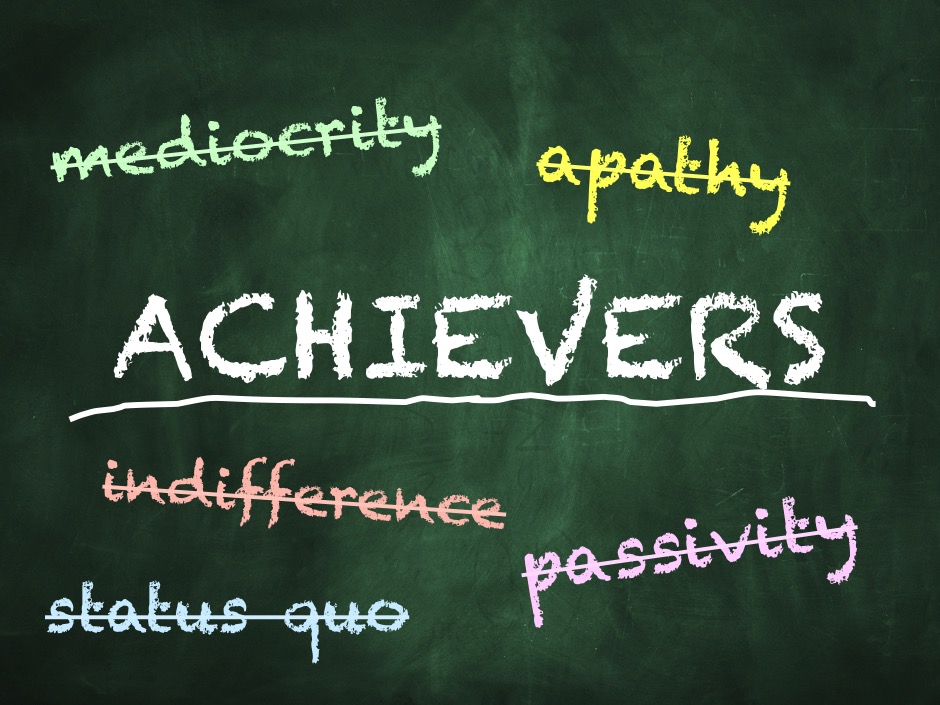 Why are so many parenting books written to help parents with strong willed or rebellious children? It’s understandable given the parental stress involved and their desperation for relief. But my point here is to call attention to the average child. While difficult children can monopolize parents’ and teachers’ attention, and gifted children may attend special schools or programs to enhance their gifts, it’s often the average child that lives with lower expectations, and at times, less attention than needed.

Average children, when properly trained, grow up to become the movers and shakers of the world, partly because they earned their way there. While rebellious children are absorbing all of their parents’ time and gifted children are receiving well-deserved awards for their accomplishments, average children are learning to succeed in a world where praise must be earned and accomplishments result from hard work. However, children don’t become achievers on their own. They need training that shapes the perspectives of a leader and the habits of an achiever.

To gain some insight about average people, consider the biblical writer Jude. In various ways, he could be considered an average child who became an above-average, spiritual leader. He was a half-brother of Jesus, but this special relationship did not make him an above-average kid. His parents were average, blue-collar folks from Galilee who lived with common means. Spiritually, he fought the same temptations that the average Jew battled during that day. In his childhood and early adulthood, he and his siblings were skeptical about Christ and unwilling to accept their half-brother as the Messiah (John 7:3-5). But at some point in his life (we don’t know the details), he accepted the truth and became not only a leader in the church, but also a writer of the Book of Jude. It’s been noted by scholars how much Jude’s epistle and the second chapter of 2 Peter compare. Both of these men, God-chosen for leadership, addressed common problems that confront common people. Similarly, I’ve always believed that hard-working average students often make the best teachers. This is partly because they have worked hard to get to their position, but it’s mostly because they understand the plight of the average student and the best ways to overcome common challenges. Here are some principles gathered from Jude that will help us challenge average kids:

Be aware of common misconceptions and deceitful people. Jude warned us about “ungodly men” (v.4) who propagate unbiblical ideas while “denying the only Lord.” Our kids need to learn to think for themselves rather than believing everything they hear and see on social media, the news, and movies. The best way to detect deception is to know truth. Do our kids know what characterizes a godly person, what is the difference between true and false doctrine, and what makes a person spiritual? This training needs to begin early, and it requires consistency. This is why children need spiritual training, not only on Sunday, but every day of the week at home and school.

Be aware of the consequences for not submitting to authority. Jude used several examples to prevent the people from making the mistakes of past rebellions. References to Korah (v. 11) and others are mentioned for their mutiny against God-appointed leaders. Jude also warned people to not follow the example of those who “speak evil” (v. 8) of godly authorities. There’s an important leadership principle that can be applied here: No one can become a successful leader if they have not yet learned to be a follower. No one becomes an achiever alone. Achievers have been greatly influenced by someone else. Children become achievers when they learn to discern the difference between deceivers and godly authorities, treat these authorities with respect, and learn from them. These average kids will grow to become high-achievers in their homes, churches, and communities.

Become a deliberate person. Average people always follow and rarely lead. We need to challenge our kids to be initiators. Initiatives that Jude presented include spiritual growth by “building up yourselves” (v. 20), strengthening faith by “praying in the Holy Ghost” (v. 20), “earnestly contend[ing]” as defenders of truth (v. 3), “build[ing] a defense against deceitfulness” (v. 17), and “keep[ing] yourselves in the love of God” (v. 21). If children become adults who love, serve, and worship, it will result from a childhood of habit training.

So rather than allow kids to pass through their childhood like average kids do – over-exposed to worldliness, addicted to their devices, entitled to a life of comfort, and mindless about “fake news” and false philosophy, challenge them to become thinkers, hard workers, and leaders.